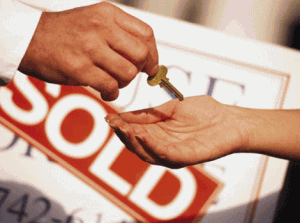 Home sales in Houston are entering a "new normal" of positivity.

Home sales in the Houston area were positive again in April, increasing for the 11th straight month and reaching their highest level since August 2011.

According to the latest data from the Houston Association of Realtors (HAR), single-family home sales in April increased 9.6 percent from a year ago and rose by the second largest monthly total of 2012.

“The Houston real estate market continues to benefit from a healthy economic climate led primarily by the addition of 96,000 new jobs locally in the past 12 months, according to the Texas Workforce Commission,” Stroman said. “Increases in pending home sales along with declines in active listings continue to keep our housing inventory at the lowest levels we’ve seen in more than three years.”

Christi Borden, a Realtor with Prudential Gary Greene in Katy and former director at HAR, said she is currently working in one of the top five markets in the Houston area, and for her, business is great.

One of the reasons for Houston’s strong performance, Borden said, was its relative avoidance of the housing boom. Though Houston’s market did not experience the spectacular gains of, say, many West Coast cities in California, it has also missed out on the equally potent falls that have followed.

“We avoided that completely,” she said. “People were real smart about it.”

Now, Houston has entered a “new normal,” as some in the area have described, but Borden stressed they remain cautious going forward. Still, Borden said that in her area of Katy, where the healthcare and energy sectors of the economy are booming, she is receiving plenty of clients who are relocating to the area.

Borden mentioned that inventory levels were relatively low in her market, and other data from HAR supports that observation. Pending sales in Houston for April were up 7.8 percent from last year (further signs of another positive market in May), but inventories fell dramatically by 17.8 percent from the same time period.

Since last December, the single-family home inventory has remained below a six-month supply, and in April, the 5.7 months was more than two months less than a year earlier.

“These indicators continue to illustrate that Houston has a balanced real estate marketplace,” HAR concluded.