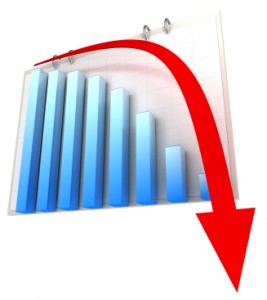 Government REO housing inventories have fallen by a hefty amount from last year, adding to housing's positive trend in 2012.

According to analysis of government documents, the three big government housing institutes – Fannie Mae, Freddie Mac and the Department of Housing and Urban Development (HUD) – have decreased their REO housing inventory by more than 18 percent from last year.

Based on analysis by the folks at HousingWire, the three housing giants currently own some 202,764 REO properties, a decline of nearly 50,000 from last summer.

The REO holdings of Fannie, Freddie and HUD differ in number, but one thing is consistent – all have posted impressive declines in the last year.

The Housing Bottom – Then, Recovery?

As Frank Nothaft, Freddie’s chief economist, noted in a Wednesday report, the number of excess vacant homes for sale in the U.S. has fallen by 30 percent from 2008, and as we’ve noted again and again, balancing inventories will only aid the U.S. housing market as it slowly recovers.

“Less excess vacant stock plus fewer REOs enhances market values,” he said. “Recent data continues to suggest that the bottom in the U.S. house-value cycle may have been reached.”

Tom Plant, an agent with Greenwood King Properties in Greenway, said that his particular niche in Houston has largely avoided the distressed property boom, and fewer than 2 percent of the Bayou City’s foreclosures occurred in the Loop 610 region he covers.

“The REO problems felt elsewhere in the nation have had little or no effect upon Houston’s more expensive neighborhoods inside Loop 610,” Plant said.