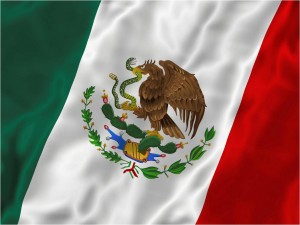 A new bilateral agreement between Mexico and HAR will extend numerous benefits to agents from both markets.

The Houston Association of Realtors (HAR) has signed a bilateral agreement with AMPI, the real estate association in Mexico, that solidifies the business relationship between agents in Houston and their neighbors south of the border.

The agreement, explains Richard Miranda, who chairs HAR’s International Advisory Group, was signed at a Texas Association of Realtors convention in San Antonio with 35 different real estate leaders from Mexico.

There were two overarching purposes for the agreement, Miranda explains. First, the agreement solidifies the working relationship between real estate agents in Houston and Mexico. Previously, Miranda says, such working relationships could be troublesome, but now, members of HAR have access to the AMPI website, which gives them a much more direct way to contact agents in Mexico.

So if, for instance, Miranda has a client who is interested in a beachfront property in Playa Del Carmen, he’ll now have better access to agents in a particular area to begin discussions; and likewise, if an agent in Mexico has a client who wants to buy property in The Woodlands or Houston’s Inner Loop, that agent will have similar access to HAR’s network, which, Miranda adds, will be great for Houston’s referral base throughout Mexico.

Trust, Miranda says, will be the most important factor in these transnational deals, considering that the paperwork in Mexico and the U.S. does not necessarily mesh; thus, agents in Houston and Mexico must trust one another to complete the transactions and ensure that all the necessary parties are properly compensated for their time and efforts.

The second reason, Miranda says, is even more important – the agreement will be pivotal to professionalizing the real estate industry in Mexico.

Real estate south of the border, he explains, is still a relatively young industry. Though the U.S. has been tinkering with its approach to selling property for more than a century, professional real estate has only existed in Mexico for 50 years, and many of the federal laws, licensing requirements and federal protections that agents in the U.S. enjoy are not present in the country.

Thus, Miranda says the agreement will demonstrate to Mexican consumers how important a strong real estate industry is, and that perception will then spread to the legislative bodies, which can then draft real estate laws and progress the industry – and of course, strengthen Houston’s relationship with the industry even further.