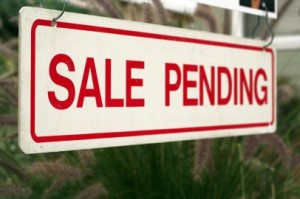 The Pending Home Sales Index from NAR declined in August, but maintained year-over-year increases for the 16th consecutive month.

The Pending Home Sales Index from the National Association of Realtors (NAR) declined in August, falling 2.6 percent from July but rising 10.7 percent from August 2011.

The index fell from an upwardly-revised 101.9 in July to 99.2 in August; contract activity in July, as we reported at the time, was at its highest level since April 2010, when homebuyers were rushing to take advantage of the first-time homebuyer tax credit.

The other information in NAR’s report included:

Lawrence Yun, the chief economist for NAR, said that the increasingly low levels of inventory across the nation are stifling contract activity.

“The performance in month-to-month contract signings has been uneven with ongoing shortages of lower priced inventory in much of the country, and across most price ranges in the West, but activity has remained at notably higher levels this year,” he said.

Analysts’ consensus for the Pending Home Sales Index, as Bill McBride wrote on Calculated Risk, was for a slight increase, especially given with how positive recent stats had been for existing-home sales and new residential home sales. Considering that pending contracts normally result in closed sales in 45 to 60 days, does this mean we could see a dip in those two sales measures in the coming months? We’ll see on Oct. 19, when NAR’s next report on existing-home sales is expected.