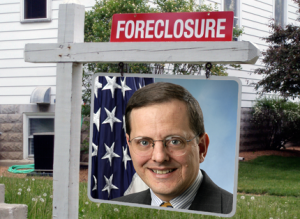 Acting FHFA Director Ed DeMarco, whose resistance to principal reduction has made him public enemy number one in Washington, could be gone by early next year, according to the Wall Street Journal.

A new report from the Wall Street Journal is validating what many have been suspecting for months – President Obama is planning on replacing Acting Federal Housing Finance Agency Director Ed DeMarco by early next year, and probably with someone whose ideology more closely resembles that of the president.

DeMarco’s tenure at the FHFA has been a tumultuous one, marred by legislative bloodbaths over principal reduction policy and efforts by lawmakers to fire him from his position.

The Right Man in the Wrong Place?

As Nick Timiraos of the Journal wrote, DeMarco has emerged in recent years as one of the most powerful figures in housing policy, though his position was always one of uncertainty.

DeMarco became the FHFA’s acting director in 2009 on an interim basis, but when President Obama’s first nominee to the position, North Carolina banking commissioner Joseph Smith, Jr., withdrew after sustained opposition from Republican lawmakers, DeMarco began an indefinite stay with the agency, and he’s used his position as the chief regulator for Fannie Mae and Freddie Mac to usher through – or obstruct – major pieces of housing policy.

On the policy side, DeMarco has been instrumental in the FHFA’s REO Pilot Program, a long-gestating program that sells the FHFA’s vast holdings of REO properties in bulk to investors, who are required to renovate the properties and list them as affordable rental units. He has been similarly key to the FHFA’s new targeted g-fees policy, which would raise g-fees on Fannie & Freddie loans in Connecticut, Florida, Illinois, New Jersey and New York. Though DeMarco defended the decision as sensible, given the “exceptionally high” mortgage-related losses in the states, the policy has come under fire from the states’ attorneys general.

DeMarco has his fans – HousingWire recently named him its 2012 Person of the Year – but his resistance to a principal reduction plan for the nation’s many underwater mortgage holders, despite wide support from analysts and the Treasury Department, has earned him scores of critics on Capital Hill and among the economic community.

Indeed, DeMarco’s refusal to implement a principal reduction plan could be the chief reason for his dismissal, given that many have suggested that lingering negative equity mortgages are the main reason for housing’s slow recovery.

So, does DeMarco’s dismissal lead to principal reductions, and therefore a boost to the housing recovery? According to Timiraos’ sources, the White House is still sifting through names of potential candidates for the position, so little is known at this point – though we should, in all likelihood, anticipate a major shift in housing policy in 2013.

From the perspective of Cody Philips, though, an agent with Better Homes and Gardens Real Estate Gary Green in Houston’s Inner Loop and The Woodlands, it may not make all that much of a different who is in charge of the FHFA, given Washington’s seemingly eternal gridlock on policy.

“Frankly, I don’t know if anything is going to happen,” Philips said, adding that with how confusing and uncertain the current legislative landscape is, he’s focusing more on the immediate concerns of his real estate business, rather than the latest development out of Washington.

“All I can d is just keep my head down and focus,” he said.