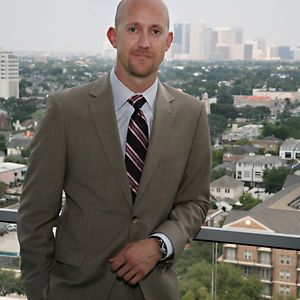 Mike Mahlstedt is a Sales Associate from Heritage Texas Properties in Houston.

This week, we talked with Mike Mahlstedt of Heritage Texas Properties. He lives and focuses in close-end neighborhoods. With a sales volume of $35 million per year, Mahlstedt was named one of the Houston Business Journal‘s Top 25 Realtors last year. He also was on the Houston Association of Realtor’s “Top 20 Under 40” list.

Houston Agent (HA): Do you use Zillow, Trulia or Realtor.com? Which ones work for you and why? Which doesn’t work?

Mike Mahlstedt (MM): I’m on Zillow and Realtor.com, but I do most of my business through referrals. I do advertise on Zillow by my own listings and get some activity from there. Zillow probably generates the most activity out of all the syndication sites. And I do find a few listings on the Houston Association of Realtors (HAR) site, where they’ll contact me directly. But I haven’t seen a ton of true solid leads. Almost all of my leads are either from past clients or current clients.

HAR.com is such a powerful website and a powerful tool for the consumer in Houston. Outside of Houston, most major metropolitan cities don’t have a site like HAR, so they depend on the big national syndication sites like Zillow, Trulia or Realtor.com. The people on Zillow who contacted me that turned into real buyers have been people from other markets that have depended on Zillow from their market, so they were familiar and comfortable with that site. I think that’s probably the best bet. Almost all active buyers and sellers in this market are going to use HAR. But there are some user-friendly aspects of some of the bigger sites that will have people go to them.

HA: A national study shows that young homebuyers are looking to live in walkable, dense, urban environments rather than suburbs. Are you noticing this in your area of Houston?

MM: Yes. I focus on close-end neighborhoods. The areas I specialize in are River Oaks, Washington Corridor and Rice Military. Houston is not a very walkable city. But there is a great website called Walk Score that rates how walkable that particular property is, and rates it one to 100. I think that’s one thing I started implementing with my buyers. I have them use this site when they have that as a priority. And I have noticed that a lot of buyers do want that walkability.

MM: Construction is off the hook. It’s unbelievable. Every type from commercial, residential and apartment complexes. Whether it’s renting or buying, I think for a long time, builders were having trouble getting financing for the past five years. And now that builders are getting funding again, the number of new permits in the city of Houston has almost doubled from last year.

With rates as low as they are, I think there’s been so many buyers that have not been moving for a while because they’re concerned about what’s happening with the economy. I think that the new building is what we need. Our economy has been so consistent we really didn’t have a big bubble so I’m not at all concerned that even though our prices are going up, if you compare them to other metropolitan cities, we’re still way below average. Our inventory is so low that it’s going to be a long time before we hit any type of plateau.