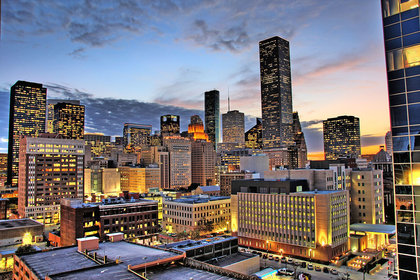 Cue up that broken record again! June was another banner month for real estate in Houston, with single-family home sales jumping 13.4 percent to the 25th straight month of positive home sales for the city, according to the Houston Association of Realtors.

Additionally, the high level of housing demand pushed both the median and average home prices to their highest prices ever for June. Median price rose 12.9 percent to $192,000, while average price rose 13.8 percent to $268,085.

Amidst all this positive data, though, one concern remains – Houston’s record-low levels of housing inventory. For June, there was just a 3.3-month supply of homes on the market. Though that’s unchanged from May, it represents an 8.3 percent decline from the beginning of the year and a whopping 40 percent decline from June 2012.

However, Danny Frank, HAR’s chairman, did note that there were some encouraging signs with inventory in June.

“The Houston housing market plowed full-steam ahead through another month and most Realtors I know have never been busier,” Frank said. “The fact that inventory has leveled off month-over-month suggests that we may finally be starting to see enough homes listed for sale to keep up with demand.”