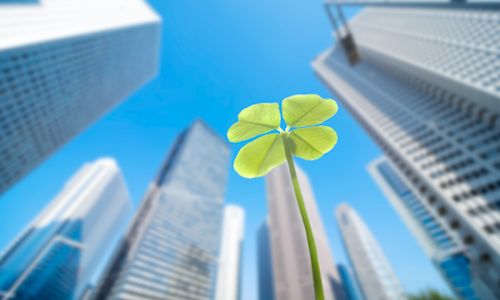 If a new preference survey from the National Association of Homebuilders is to be believed, demand for green features is here to stay.

In a survey ranking 150 different home and community features, the NAHB confirmed late last month that ENERGY STAR-rated appliances were consistently ranked the No. 2 feature that buyers wanted in a home. And when set to the results of past surveys, the popularity of green features was consistent with 2012 and 2007 numbers.

As the below table shows, the number of home buyers rating ENERGY STAR appliances and windows as “essential or desirable” has remained relatively consistent over the eight-year period.

Comparing opinions over a shorter span (i.e. 2012-2015), buyers, across a wider range of green features, have largely remained steadfast in what they expect or want in a home.

The most telling finding of NAHB’s survey, beyond the popularity of specific green features among buyers, is what kind of financial return they need to invest in energy efficiency.

According to the report, the average return buyers expect has shifted slightly from 2007 to 2015. However, in explaining the moderate fluctuation, NAHB wrote: “the average is sensitive to a relatively small share of buyers who say they are willing to pay quite a lot up front for future savings in utility bills.”

For a more accurate picture the association looked at the median rate of return, and what it found was that in the eight years preceding 2015, buyers have consistently required a 20 percent rate of return to invest in green features.