About 50 percent of Houston homes are sold within 2 months, report says 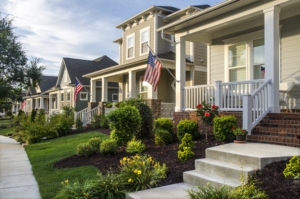 For homebuyers entering today’s market, speed is the name of the game. With home inventory at its lowest levels on record, available homes are being bought in record time. In a number of cities, the majority of homes don’t stay on the market for two months, according to a new report from Trulia.

Houston actually beats the national average, with 51.4 percent of its available housing remaining on the market for at least two months, according to Trulia. That makes it the 80th “fastest” housing market out of 102 cities.

It isn’t just the overall inventory number that dictates a housing market’s health. One must factor in what kinds of houses are available, and at what prices.

Trulia’s study shows exactly what effect falling inventory has on the housing market. Low inventory levels are “strongly correlated” with a home’s time on the market, it reports, and homes that move faster typically sell for a higher amount.

What housing is available, and for whom?

Home affordability is at its lowest levels since the recession, in part due to falling inventory levels. Homes at all price points are higher than they were just a year ago, but homes that should be affordable to most buyers have been effected the most, according to Trulia.

Nationally, the number of starter homes on the market has dropped by 15.6 percent over last year, while trade-up home inventory decreased by 13 percent and premium homes just 4 pecent, Trulia reports.

Rather than browsing for homes at ones leisure, serious homebuyers should talk to a lender, real estate agent and home inspector before making an offer on a home, according to Trulia.

Another tip is to think strategically. Most buyers have to sell their home, but they would prefer not to sell before having their new home secured. Careful planning and open dialogue with a real estate professional will help with this, Trulia says.

Lastly, buyers should keep an open mind. “Instead of trying to strike quickly as soon as a home comes onto the market, buyers might want to consider looking for homes that have sat on the market for a while and figuring out why,” Trulia’s report reads. “Though the reasons are more likely to be a deal-killer than not (needs a new foundation, roof, electrical, etc.), all it takes is just one that isn’t to find success.”