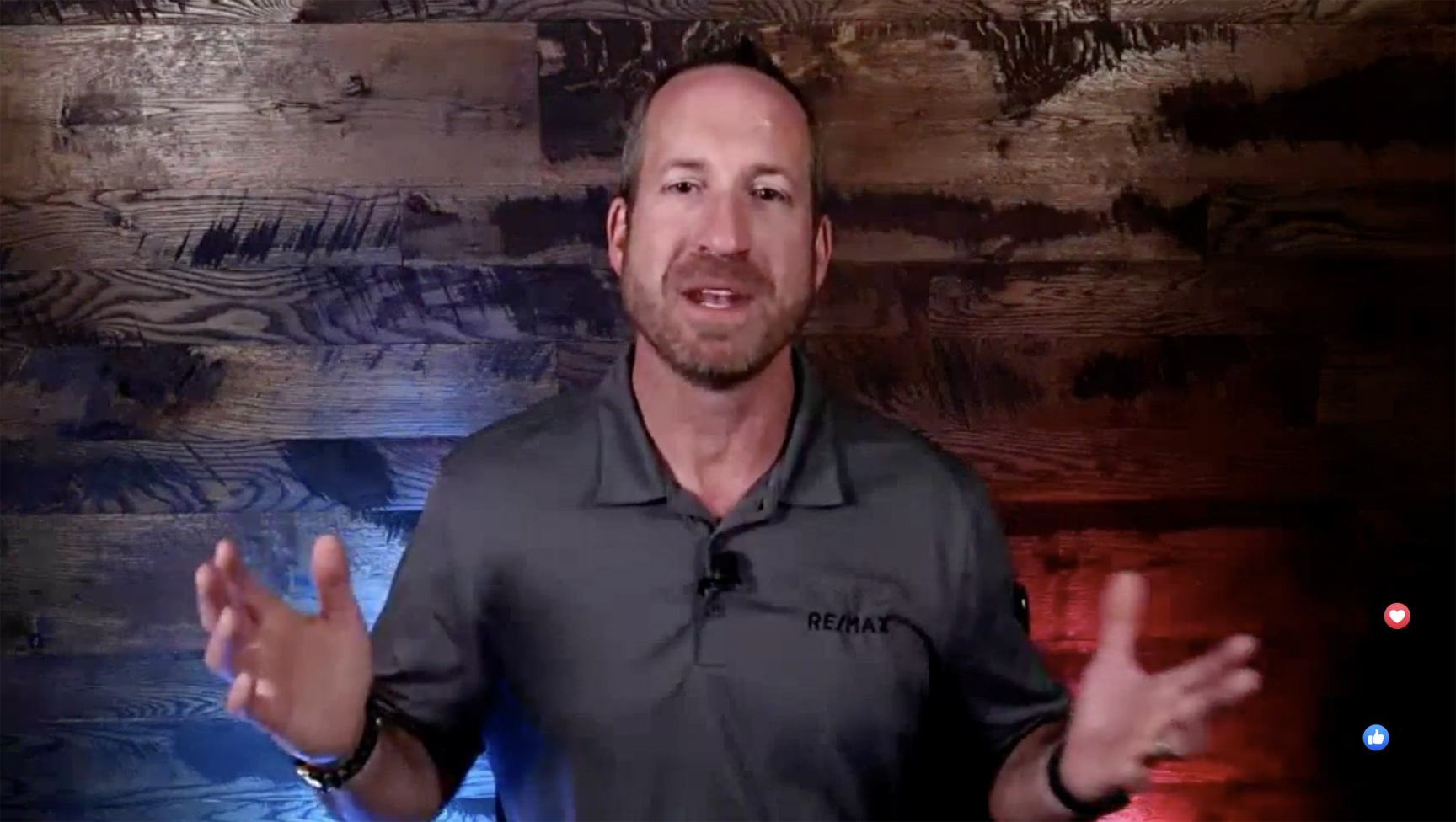 The Black Plague, World War II, September 11th — they’re all tragedies that led to major adjustments in how we live and operate as a society, and many of the changes ended up being for the better, according to RE/MAX CEO Adam Contos.

“Adjustment” was the word of the day for Contos’ new weekly motivational video series, “Mind, Body, and Business,” which airs weekly at 10 a.m. ET on the We Are RE/MAX Facebook page. The series, episodes of which are aired live and recorded for viewing later, provides weekly thoughts on “how agents can maintain their mental and physical health to be the best version of themselves for their clients, family and co-workers during these trying times,” according to a RE/MAX press release.

Everyone is adjusting to staying at home, adopting new standards of cleanliness and spending more time on video conferences, Contos noted in the April 9 video. “So many people were afraid of being on video before now,” Contos said, acknowledging that he, too, gets nervous about being broadcast live, but added, “I started doing it, and I adjusted.”

He said that mindset shift is among the numerous changes agents have been forced to make in recent weeks. Not knowing all the answers in a time of uncertainty is another adjustment we’re all getting used to, Contos added. “The one thing that we all do know is that we don’t know when this will end,” he said.

Contos encouraged viewers to take this time to stretch, exercise and adopt healthier eating habits. “Avoid the trap of eating junk, and avoid the trap of just sitting there,” he said, adding that, to succeed in business, agents have to be healthy and happy in their lives.

When it comes to the business part of the “mind, body, business” equation, Contos urged viewers to review their actions after the crisis concludes. “What could we have done better? Did you save money for a rainy day? Put that on your to-do list. If you can save right now, do that,” he said.

He also encouraged developing a plan for communicating with customers, vendors and business partners during times of extreme disruption. Also, take this time to determine how you are going to emerge from all of this, Contos said. “Are you set up to pop where you have these customers ready to go … to do business when we can?” he asked. “We know housing is going to pop out of this.”

This week’s video seminar is the second in the series. The first, recorded on April 2, focused on the topic of “reach.” In that video, Contos said reaching puts you out of your comfort zone, but is necessary to achieve your goals.