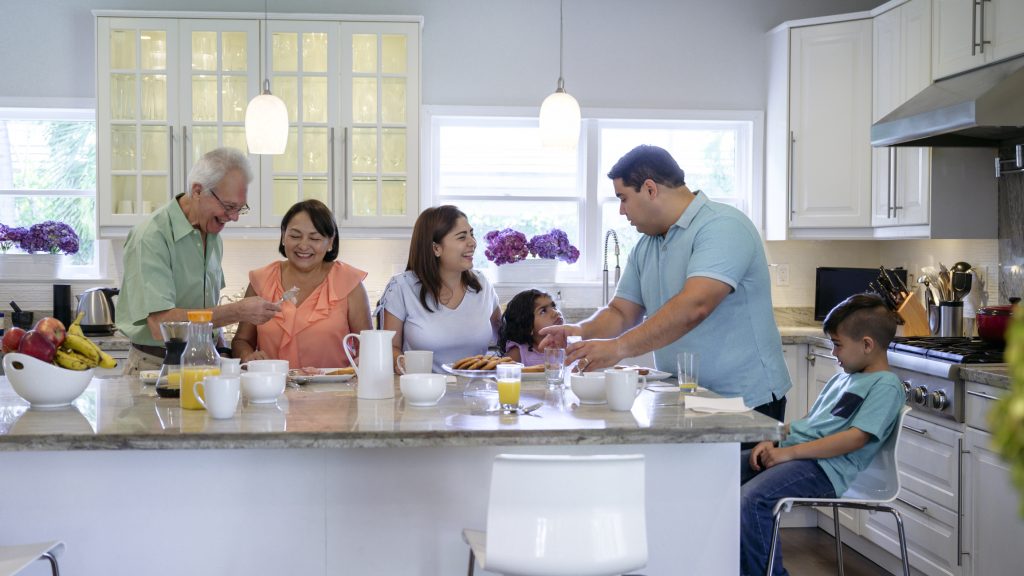 It’s only been eight months, but the coronavirus pandemic has already drastically altered homebuyer behavior and choices, according to a new report from the National Association of Realtors.

Among the findings in NAR’s recent Profile of Home Buyers and Sellers report, buyers who completed their transaction after the pandemic began in March were more likely to purchase a multi-generational home.

The U.S. Census Bureau defines multigenerational families as those consisting of more than two generations living under the same roof. Many researchers also include households with a grandparent and at least one other generation.

Multigenerational home purchases accounted for 15% of sales after March, versus 11% before.

Not surprisingly, this group also had higher household incomes – $100,800 compared to $94,400 for pre-pandemic buyers.

Among NAR’s findings, those who bought a home during the pandemic are expected to remain there for 10 years. That is compared to 15 years for those who purchased prior to the COVID-19 outbreak.

“The coronavirus without a doubt led home buyers to reassess their housing situations and even reconsider home sizes and destinations,” said NAR Vice President of Demographics and Behavioral Insights Jessica Lautz in the report.

“Buyers sought housing with more rooms, more square footage and more yard space, as they may have desired a home office or home gym,” she added. “They also shopped for larger homes because extra space would allow households to better accommodate older adult relatives or young adults that are now living within the residence.”

The survey also evaluated seller behavior prior to and after the pandemic began.

Like buyers, pandemic sellers cited a desire to be close to family and friends as the top reason to sell, especially among those moving large distances.

Another takeaway was the sense of urgency sellers were feeling. Owners who sold in 2020 were more likely to say that their need to sell was “at least somewhat urgent.” Those who closed in April or later were more likely to sell because their home was too small – 18% compared to 13% of those before April.

So many sellers were eager to get out of their old home and move to something bigger that would better meet their needs during quarantine,” Lautz said.

Pandemic buyers turned to technology as well: 97% of pandemic buyers searched for their homes online, up from 93% a year ago. The time spent looking for a home declined to eight weeks from 10, the shortest search since 2007.

“Some buyers purchased their homes before ever physically seeing them in person,” said Lautz. “They researched, viewed photos online and did virtual tours from their computers and phones, and ultimately made an offer through their agent.”

According to the report, 88% percent of pandemic buyers reported using an agent to purchase their home, a near historical high. More than half of buyers found their agent through a referral or said they had used the agent in the past.

“We are all in unknown territory with this pandemic, so it’s no surprise that more buyers than ever turned to agents to help them navigate through some of the uncertainties and one of the most complex, competitive markets any of us have ever seen,” said NAR President Vince Malta in the report.