Millennials made up the biggest share of homebuyers, and members of Generation Z are entering the housing market in measurable numbers, according to the 2021 National Association of Realtors’ annual Home Buyers and Sellers Generational Trends Report. 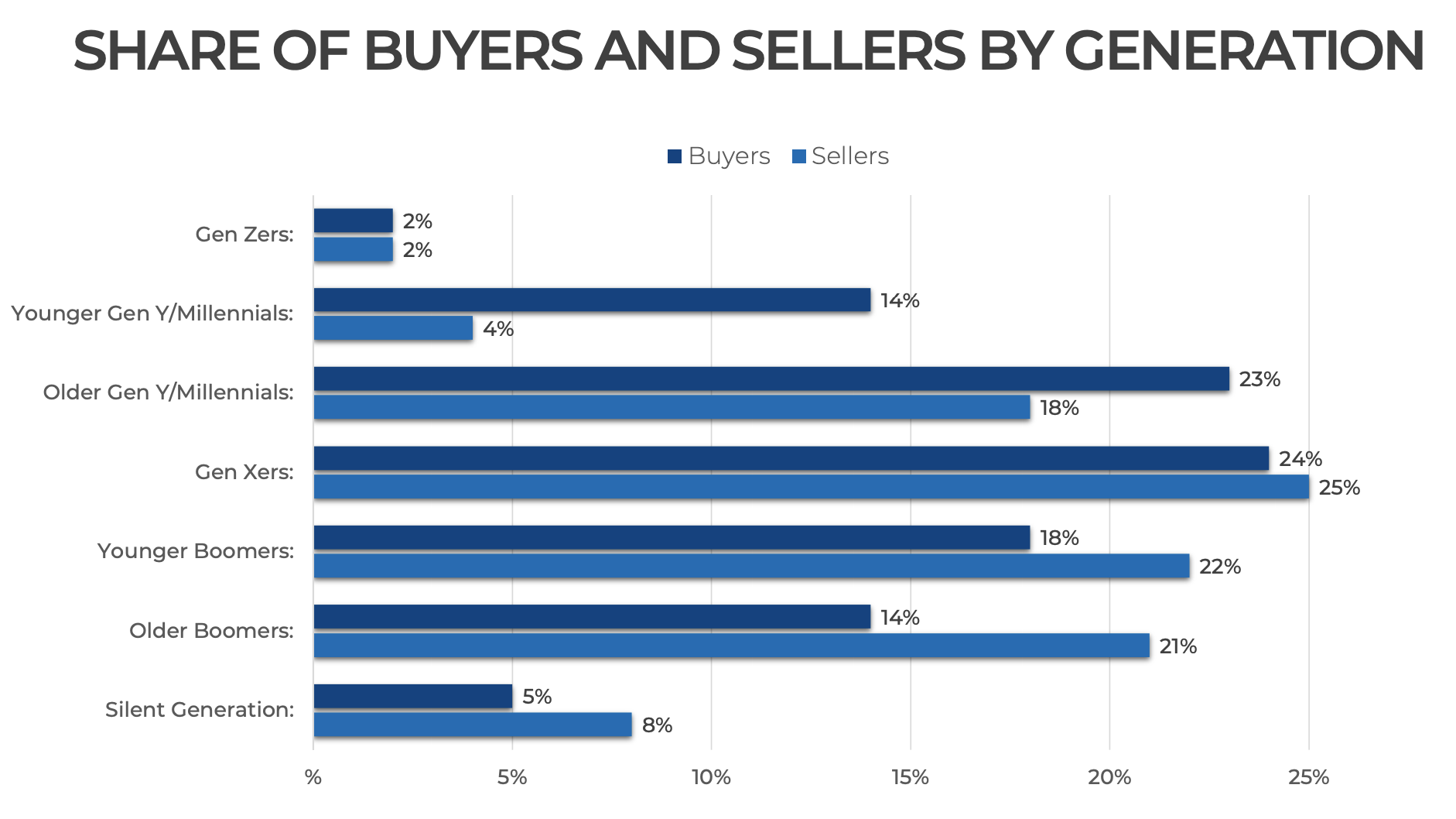 Image via National Association of Realtors

Millennials homebuyers placed a premium on location, with 74% of those age 22 to 30 citing “convenience to workplace” as the most important reason for choosing a particular neighborhood and 65% of those buyers saying that the quality of the neighborhood influenced their purchase. Among older millennials age 31 to 40, 69% said that their purchase was influenced by the quality of the neighborhood. A majority (54%) of buyers age 31 to 40 bought homes in a subdivision or suburb.

“The younger millennials overwhelmingly answered that they prefer to live closer to work, as many don’t want a long commute and this was evident in their buying habits,” said Jessica Lautz, NAR’s vice president of demographics and behavioral insights. “Additionally, both of these groups also placed a high value on being close to family and friends as 57% said that dynamic factored into what neighborhood they ultimately chose.”

Members of Generation Z age 19 to 21 comprised 2% of buyers and 2% of sellers, making them the smallest group measured. This was the first year the report featured these homebuyers. The sample size was too small for indicating unique characteristics, but it does demonstrate that this generation values home ownership.

Generation Xers age 41 to 55 constituted 24% of recent homebuyers. At 18%, they were the group most likely to buy a multigenerational home to share with other family members such as their parents, their adult siblings or their grown children.

“There are a variety of reasons why large families and extended families are opting to live together, one of which is that it’s a great way to save money,” Lautz said. “Also, in light of the pandemic, many grandparents and older relatives found that being under a single roof — quarantining with family rather than away — worked out better for them.”

Thirty-two percent of homebuyers were baby boomers age 56 to 74 and 13% were members of the silent generation age 75 to 95. Older baby boomers age 66 to 74 and members of the silent generation valued living in neighborhoods that were close to where they shopped and preferred closeness and proximity to medical facilities. Forty-seven percent of those homebuyers cited proximity to friends and family as a factor in choosing a neighborhood.

Though the use of virtual tours rose dramatically due to the pandemic, buyers in all age categories continued to rely on agents. Eighty-eight percent of all homebuyers said they used an agent as a source of information during their search, and 91% of millennials age 22 to 30 said the same. Fifty-one percent of all buyers wanted an agent’s help in finding the right home to buy. Younger millennials and buyers age 66 and older were most likely to want an agent’s help with paperwork.

“Buyers used all tools available to them – whether it be a mobile device, yard sign or an online video – but at some point, nearly all buyers turned to an experienced agent to assist with the transaction,” said Lautz. “This is especially true among younger millennial consumers as they are likely first-time buyers and need help navigating the market and all steps involved in the process.”

The use of agents wasn’t limited to buyers. Nine in 10 home sellers worked with an agent to find buyers for their properties.

“Realtors continue to be an integral part of both the homebuying and the home selling process,” said NAR President Charlie Oppler, a Realtor from Franklin Lakes, N.J., and the CEO of Prominent Properties Sotheby’s International Realty. “Buyers and sellers should understand that we can assist with every part of the real estate transaction, from finding or listing a property, securing a loan and sorting through the exhaustive paperwork.”

HAR: New listings up for the new year