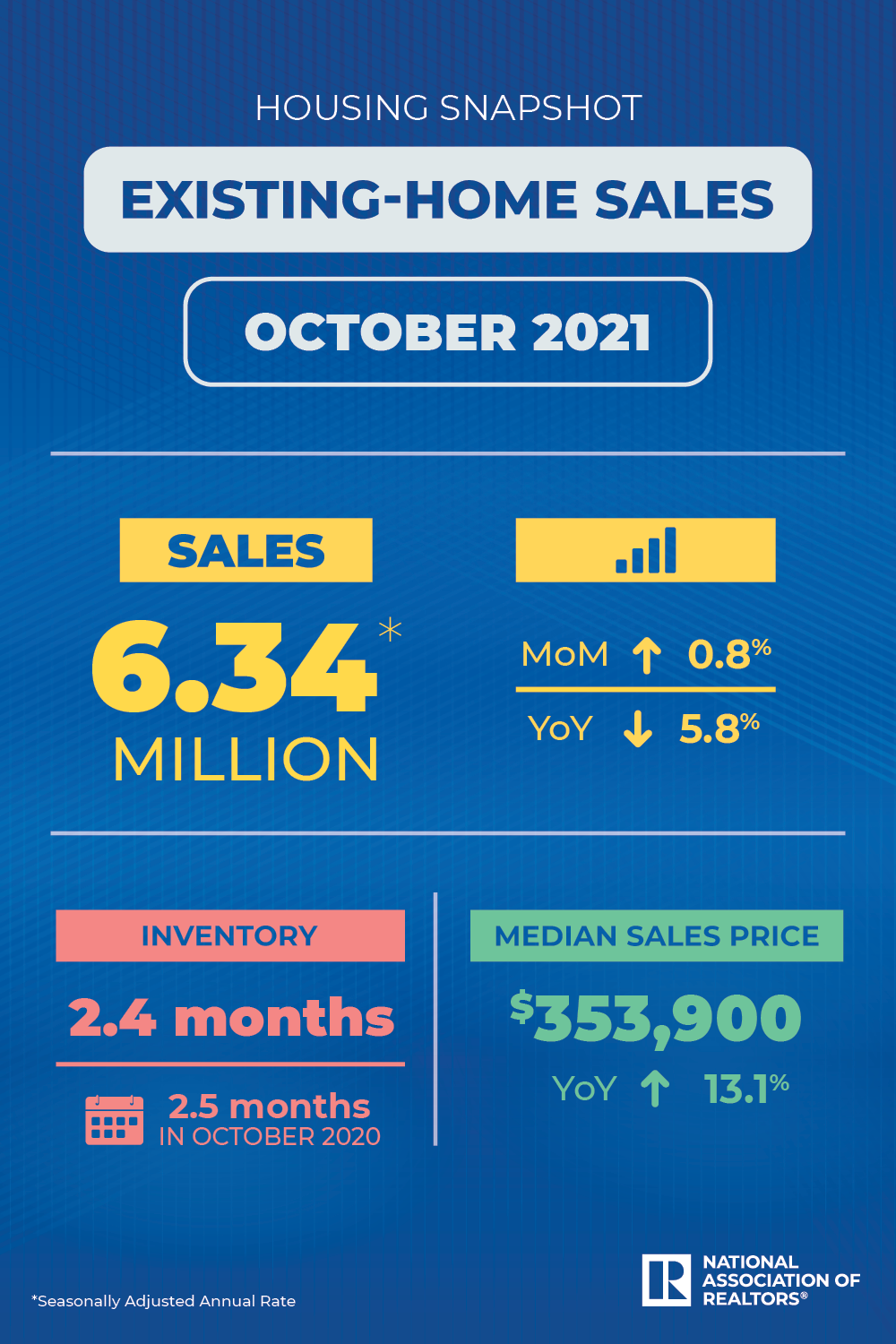 Existing-home sales rose for the second month in a row in October, as the median sales price also posted an increase, marking 116 consecutive months of gains, the longest streak on record, the National Association of Realtors said.

Total existing-home sales, which are completed transactions, including single-family homes, townhomes, condominiums and co-ops, rose 0.8% from September to a seasonally adjusted annual rate of 6.34 million in October. Year over year, sales were down 5.8% from 6.73 million transactions in October 2020.

Total housing inventory at the end of last month stood at 1.25 million units, down 0.8% from September and down 12% from a year earlier. October’s unsold inventory represented a 2.4-month supply at the current sales pace, flat with September’s supply and down from 2.5 months last year.

“Among some of the workforce, there is an ongoing trend of flexibility to work anywhere, and this has contributed to an increase in sales in some parts of the country,” Yun said. “Record-high stock markets and all-time high home prices have worked to significantly raise total consumer wealth and, when coupled with extended remote-work flexibility, elevated housing demand in vacation regions.”

By major U.S. region, sales of existing homes rose 4.2% in the Midwest and 0.4% in the South, while they were flat in the West and fell 2.6% in the Northeast.

Mortgage rates were on the rise in October, as the average commitment rate for a 30-year, conventional fixed-rate loan was 3.07%, compared to 2.90% in the prior month, NAR said, citing Freddie Mac.

HAR: Off-market listings high in the third week of 2023