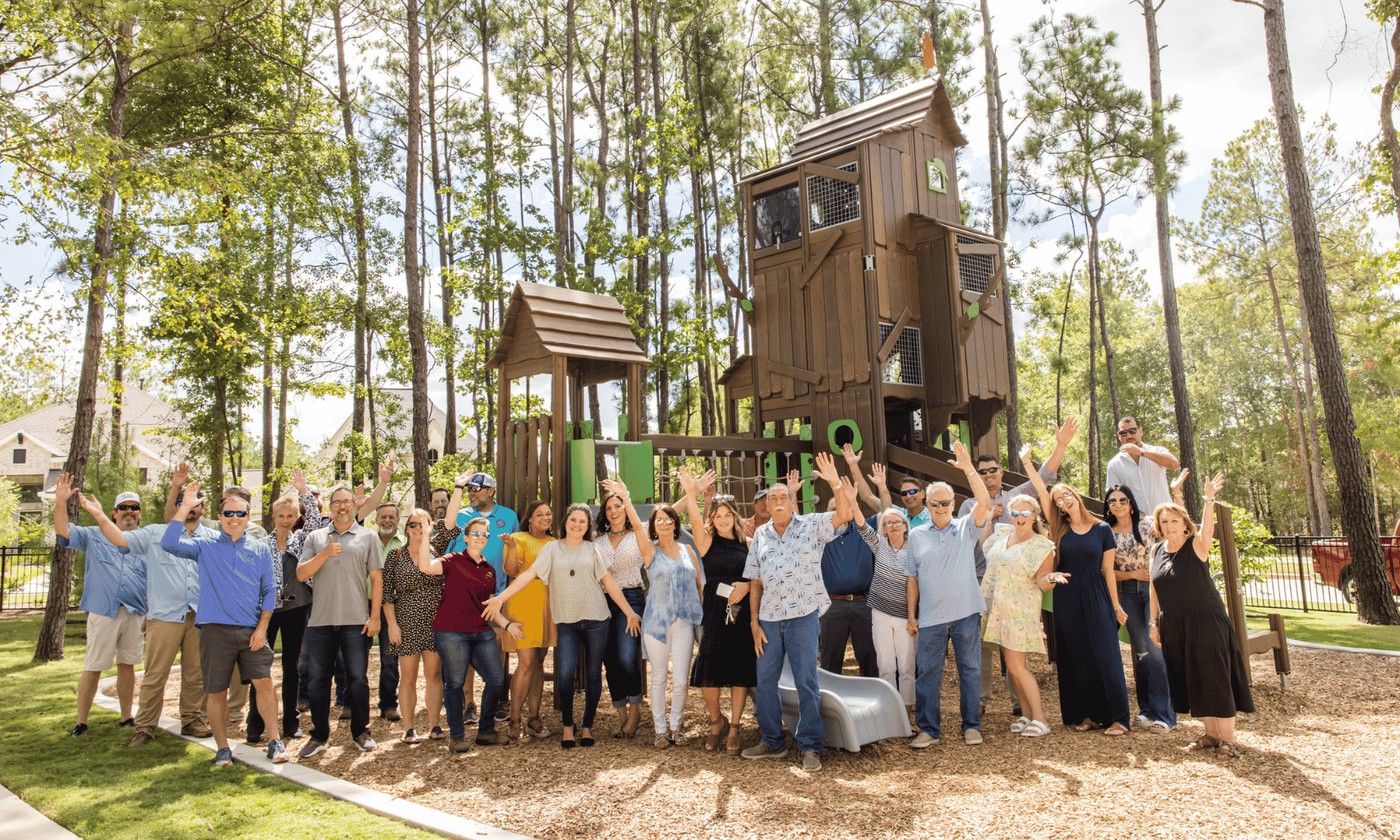 Community leaders, engineers, planners and members of the Woodforest development team gathered in the community on July 29 to dedicate two amenities named in honor of two men who have been integral in the development of Woodforest and Montgomery County.

A new bridge in Christine Allen Nature Park in Woodforest has been named Virgil’s Voyage in honor of Virgil Yoakum, senior vice president and general manager of Woodforest. Yoakum has been part of the development of Woodforest from the very beginning, joining the Johnson Development team in 2006.

“Our team is definitely blessed to work with Virgil,” said Stephen Barrera, director of residential land sales at Woodforest. “He’s such a visionary, such a mentor to all of us. We’re all better developers and better stewards of land because of Virgil. Montgomery County is better because of Woodforest and Virgil’s vision.” Yoakum told the crowd that naming the bridge in his honor humbled him.

“I’m very grateful, very humbled that you would be here and do this,” he said. “No one human being does anything by themselves. Everyone has been a part of this vision, from every pencil that has ever hit the paper and every sketch that we’ve ever done.”

As another tribute, the park where Virgil’s Voyage bridge is located is named after Yoakum’s mother, Virginia Christine Allen, who passed away in 1981.

The newest park in Woodforest honors longtime staff member Everett Coverdell, the community’s construction manager and one of the original employees. Coverdell is in charge of all the infrastructure and amenity construction in Woodforest, including Everett’s Peak Park.

The park has three play areas. At its center is a shady open area with benches, tables and café lights strung like a star. A water fountain for two-legged and four-legged residents also has been installed.

Before coming to Woodforest, Coverdell worked in The Woodlands for more than 20 years.

“Everett, as everyone knows, is very passionate about parks and the end-product for his communities,” Barrera told those gathered. “Today is really just commemorating Everett for all his hard work.”

Coverdell said that while each park has its challenges to build, maintaining it is the most challenging, complementing the Woodforest Property Owners Association team for their upkeep of parks within Woodforest.

Woodforest launched in 2009, and approximately 4,300 homes have sold in the 3,000-acre community. More than a dozen homebuilders offer single-family homes, custom designs and homes for those ages 55 and up in Woodforest. Pricing for the Johnson Development community ranges from the $300,000s to more than $1 million. Woodforest also has a growing commercial corridor.