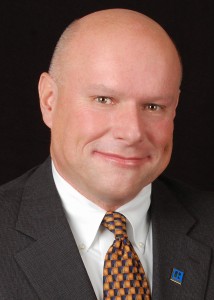 Ken Hunter was nominated for the award at the "Houston's Best" award ceremony, hosted by the Greater Houston Builders Association.

Realtor Ken Hunter was honored to receive Best Individual Realtor of the Year award at the “Houston’s Best” awards on September 24, from the Greater Houston Builders Association (GHBA) Sales and Marketing Council.

Matt Mildren, vice president of Provident Realty Advisors and a previous client of Hunter’s had nominated him for the award. Hunter had assisted Mildren’s company in selling homes in Vintage Royale, a subdivision located in The Vintage development in Houston. A panel of anonymous industry professionals from around the nation judged entries submitted by members of the GHBA.

“The fact that Ken was nominated by his client for this honor speaks to the exemplary level of service that he provides,” said Sharon Teusink, manager of the Champions office of Prudential Gary Greene, where Hunter works. Teusink continued, “We are proud to have someone of Ken’s skill, dedication and expertise on our team.”

Hunter in turn has said that he is honored to have received Mildren’s letter of recommendation and subsequent nomination for the award. “To have a client go out of his way to nominate me and then to be recognized by one of the premier groups in the Houston area has been a truly wonderful experience.”

Hunter takes a balanced approach to the market and in his work with buyers and sellers. He believes that carefully listening to clients has been his key to success in the real estate industry. “I always want to understand their desires and anticipate their needs,” he said. “You have to hear what they’re telling you, as well as what they’re not saying.”