Who’s to blame for Houston’s floods? 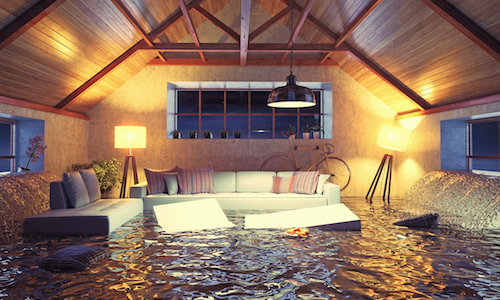 In April, over an approximate 48-hour stretch, Harris County took on 240 billion gallons of rain water, and flooded. The City claims weather is the problem, but a number of residents disagree; they blame the City.

“I regret anyone whose home is flooded again,” said Houston Mayor Sylvester Turner in the days following what are now being called the Tax Day floods. “There’s nothing I can say that’s going to ease your frustration. We certainly can’t control the weather.”

The city’s mayor went on to say that when “a lot of rain” falls during a short period of time, “there’s nothing you can do.”

Local nonprofit Residents Against Flooding’s (RAF’s) lawsuit against the city suggests umbrage with the mayor’s sentiment.

The lawsuit claims that Houston’s government has used its authority to support commercial interests (specifically in Reinvestment Zone Number Seventeen, also known as TIRZ 17) at the expense of residential areas.

It reads: “Government power has been used to create a dangerous environment for the residents and their property.”

Mentioned in the suit are a number of specific grievances against the city and the overseeing Memorial City Redevelopment Authority in charge of TIRZ 17. The group alleges that despite knowledge that the area surrounding TIRZ 17 is well known as a high risk area for floods, the City and authority still:

During a press conference, Turner pivoted away from questions pointed at the City’s handling of complaints against drainage and flood preparedness, saying that there is “only one special interest” in Houston, which he claimed was the city itself.

In an interview with AP, Mike Talbott, director of the Harris County Flood Control District, corroborated the mayor’s earlier statements, shifting responsibility from the city to nature, saying that “almost all of the county is very impervious clay.”

However, AP’s report pointed out that since 1992, Houston’s population has added about 1 million people, and during that time the amount of water-absorbing wetlands has been halved. The problem growth has created is that paved land generates five times as much runoff as woodlands, AP confirmed.

In an interview with AP, FEMA director Craig Fugate said the agency has paid more than $3 billion in flood claims to Houston since 1998, pointing to growth and paving as key problems.

Ultimately, RAF is not seeking monetary retribution, but rather wants the court to order the City to address some of the longstanding issues that it claims contribute to the flooding.