Sugar Land seeing an increase in demand for multigenerational homes 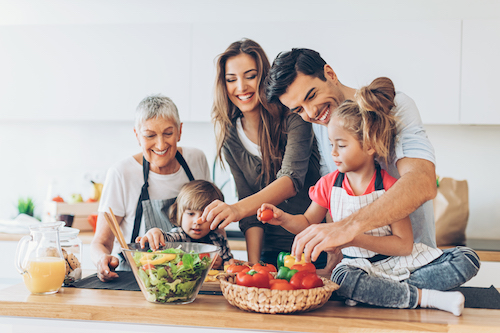 The diverse community of Sugar Land is growing, and with the growth comes a need for more multigenerational homes. Out of any other race in the U.S., Asians are the most likely to have multiple generations living in one home.

This strong growth is leading to a higher demand for multigenerational housing compared to previous years. So far in 2018, 33 multigenerational homes have been sold in Sugar Land, Missouri City and Fort Bend County, while only 2 were sold in all of 2017.

“[Culture] is probably the No. 1 factor for extended families living under the same roof. Riverstone and pretty much all of the communities in the Sugar Land area are very, very diverse. What we’ve seen is, just in the past two to three years, Asian buyers make up the majority of our buyers,” Trey Reichert, vice president and general manager of the Riverstone Community in the Sugar Land area, said to the Community Impact Newspaper.

A multigenerational home accommodates at least three generations in one house. The floor plans for the homes can vary depending on the family, although most include two master bedrooms.

Mona Parikh, an agent with Keller Williams, told the paper that she noticed a rise in requests for two bedrooms on the main floor, which she attributed to the possibility of grandparents who can’t use the stairs as easily. Additionally, the paper found that most builders propose the option of converting a study into a bedroom, which can cost up to $5,000. Although, when buyers request the typical two master bedroom plan, combining a small room with a garage can cost nearly $25,000.