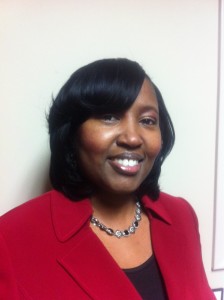 Nicole White is a Realtor with Hooper Brown Realty Group in Houston.

This week, we talked with Nicole White, a Realtor with Hooper Brown Realty Group in Houston who has been licensed for 13 years in Texas; in addition, White’s specialties are first-time homebuyers and investors in both the residential and commercial arenas, and her sales volume in 2012 was nearly $2 million.

Nicole White (NW): On those sites, I have found success with savvy investors who are really looking for a certain type of product. First-time homebuyers and people who have not purchased in the last few years, yes, they go and they look at the Internet, but I have found that even with those sites, they still want that one-on-one recommendation and direction from the Realtor; most of my clients have come from referrals and lead capture …. I have gotten some leads off Realtor.com, but for Zillow and some of those other sites, my investors use them to really narrow down what they’re looking to purchase.

NW: For a client that may be underwater and who has a qualifying credit score, my recommendation would be to list the property for a lease-purchase. In attaining a lease-purchaser, or even a leaser who’s willing to lease 24 months, the homeowner has their mortgage covered, because if they’re underwater and they have a qualified score, many times they can’t go directly to the lender, because the lender is going to use that mortgage as your debt-to-income ratio; but, if you have a leaser, and they’ve already started the lease, I would put that client in temporary housing, and then we’d then go into the market to purchase a property with today’s great interest rates.

Right now, a person who purchased a house four, five, six years ago, they may be paying an interest rate between 4-6 percent; now, though, if they have the opportunity with a qualifying credit score – and that’s really the key –  I can get them in the market now with that 3.5 percent interest rate. I wouldn’t go the short sale way; I don’t think anyone with a qualifying score should do a deed-in-lieu or a short sale; you’ve got to be creative in this market.

Also, by leasing the property, I give the client who is underwater two years to sell the property at a break-even point, a very small profit, or, they can continue to lease the home until the market totally rebounds.

HA: Finally, a new, wide-ranging survey of Generation Y homebuyers found that amenities, and not square footage, were the primary determinate for whether or not they purchased a property; have you observed similar priorities among your Gen Y homebuyers?

NW: Yes, I actually have seen that with Gen Y homebuyers who are without children, because they want to stay close to what they’re doing as far as their careers; and, they also have a high priority of networking, so they want to stay in that environment so they can network and help advance to where they are going with their career. But I’ve also found that not only amenities, but location sometimes overcomes the amenities; if they’re close to their workplace – because a lot of them are putting in a lot of hours and climbing that corporate ladder – I’ve found that location has been the greatest asset, and then amenities.