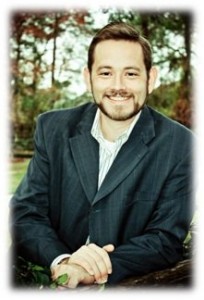 Ray Wade is the broker/owner of Legacy Texas Properties in Houston.

This week, we talked with Ray Wade, broker/owner of Legacy Texas Properties in Houston. He works extensively with buyers, sellers and investors in the Houston metro region. He is a strong advocate for the local Houston Association of Realtors (HAR), and in 2013 served on the Professional Development, Management Central, and NRG Advisory Groups. His involvement for 2014 includes the Political Affairs and NRG Advisory Groups.

Prior to his career in real estate, Wade ran a small farm for more than eight years, worked in the IT department of a multifamily property management company and spent several years as a purchasing manager for a manufacturing firm in Houston.

Houston Agent (HA): The rental rate in Houston increased 4.2 percent during the fourth quarter. Do you see the rental rate continuing to increase during 2014? Why or why not?

Ray Wade (RW): Rental rates are growing for a number of reasons, including the strong job growth and the number of new residents moving to the area. Many of these folks rent for a while, even if they are qualified to buy. Coupled with an overall low inventory of homes available, these factors have pushed rental rates up.

There is tremendous investment potential in rental properties around the Houston metro region right now. Throughout 2013, we saw several large out-of-state investment groups buy several thousand properties and turn them into rentals. Even with this, good quality, reasonably-priced rental units are rather hard to find, and I don’t see the demand in this area going down anytime soon. This should keep an upward pressure on pricing. While it’s hard to predict, I wouldn’t be surprised with 2 to 3 percent gains in rental rates per quarter in 2014.

HA: Are you noticing a lot of residential construction in your area? Why do you think that is?

RW: Yes, absolutely, home builders are building again! They really can’t keep up with the demand at this point. It seemed like they went into hibernation after the ‘downturn’ of 2008/2009 but they are scrambling to re-hire workers and get the lots they need to build.

Incredibly strong job growth for our area has kept housing sales strong, and the resale market is very difficult for some buyers to get into (like Katy and The Woodlands). Building a new construction home is a viable option for these buyers. I had several buyers last year give up on resale homes after losing out on multiple properties, and instead bought a new construction home.

I think most of 2014 will be just playing catch-up for builders, and in most areas they won’t even get close to tapping out the full demand in the marketplace. We’re seeing entirely new master planned communities put through the planning stages because developers know the demand will be there.

In the multi-family sector, there were multiple large developments announced inside the loop, and we will continue to see efforts to build quality rental units for working professionals inside the loop especially.

HA: What are some trends that Realtors should keep an eye on as we head into 2014?

RW: The average consumer wants more – they want more information, they want more service, they want more responsiveness and they want it right now. As an industry, we have to continually evolve in response to market trends and consumer expectations. I think transaction management is a growing trend that consumers will demand more and more, and we need to be providing. Our clients should be able to securely log in from anywhere and see all documents pertaining to their transaction, and be able to track progress of their sale.

Mobile technology will continue to evolve and shift folks away from traditional desktop computers over to GPS-enabled searches on mobile devices. I’m in this neighborhood and I like that house, how much does it cost? This will only continue to grow and evolve as the technology expands.

The Grand Parkway will have a profound impact on our area and will functionally open up vast tracts of land between Katy and Cypress, and beyond, which will all of a sudden make sense for Exxon commuters. I would expect considerable residential and commercial development along the general path of the Grand Parkway in 2014. Even for those in the general surrounding area, the availability of a new highway will help with traffic congestion.