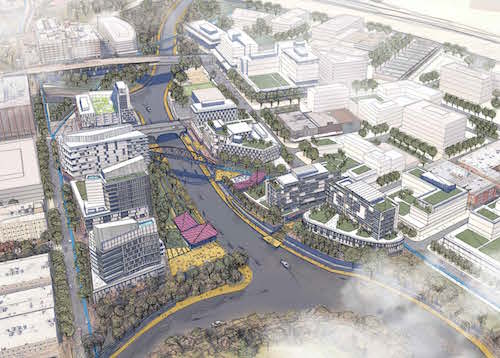 The Houston Downtown Management District and Central Houston Inc. unveiled their 20-year plan for the city — “Plan Downtown: Converging Culture, Lifestyle and Commerce.” The proposal calls for the development of 12,000 multifamily units to support an expected population growth of 7,500 to 30,000 over the next 20 years; 4,000 hotel rooms, including a cluster around the convention center; and a “Green Loop,” a 5-mile circuit of transportation and recreation connecting neighborhoods to downtown, according to the Houston Downtown Management District.

In other Houston Real Estate news: