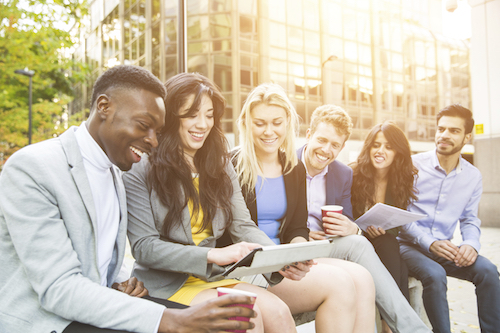 The demographics of Texas homebuyers continues to diversify, according to the new Texas Homebuyers and Sellers Report from the Texas Association of Realtors.

Single homebuyers are becoming more prevalent in the housing market throughout the state. The report found that single female homebuyers made up 19 percent of the state’s home sales last year, while single male buyers accounted for nine percent. Married couples still made up the majority of the market, however — totaling 66 percent of Texas home sales. And at 63 percent, the majority of buyers were purchasing for households with no children.

“We have seen greater ethnic diversity among homebuyers over the last few years, which is an encouraging trend,” Kaki Lybbert, chairman of the TAR, said.

The homebuyers surveyed reported “growing housing affordability challenges, including lower household incomes, debt and obstacles in saving for a down payment or purchasing a home.” These financial concerns go hand-in-hand with the median household income for Texas homebuyers decreasing almost 3 percent year over year to $94,200. The most recent data also showed that 55 percent homebuyers in Texas have a household income of less than $100,000 per year, requiring Texans to save up for longer  — 44 percent spent six to 12 months saving for a down payment, while only 10 percent did so in 2016.

Of the reasons for buying a home for multiple generations to live in, 13 percent cite kids/relatives over 18 moving back in, while 25 percent cite health concerns or needing to take care of older parents. Saving money was the prime reason for 19 percent, and wanting a bigger home with the income of multiple family members was the reason for 13 percent of buyers.

“As we mark the 50th anniversary since President Lyndon Johnson signed the Fair Housing Act into law, it’s good to see diversity increasing among homebuyers in Texas. Our diversity is one of our state’s great strengths,” said Lybbert. 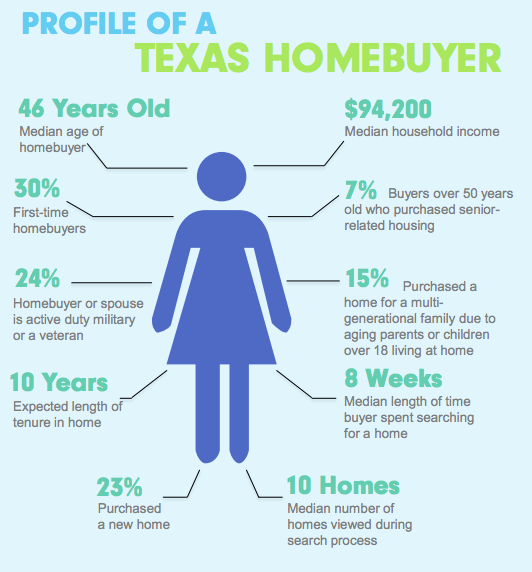