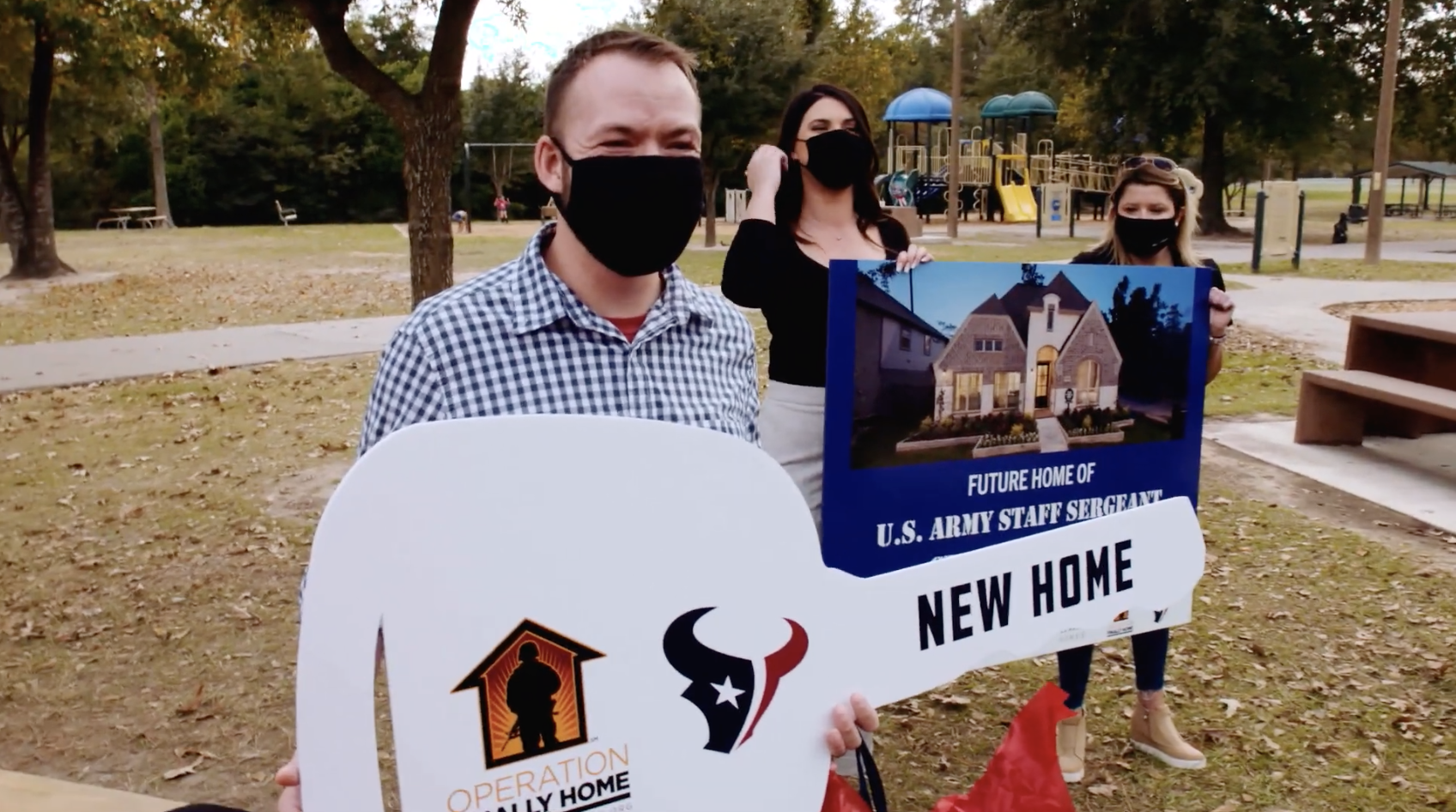 The family of a Texas veteran who was severely injured in May 2007 while serving in Afghanistan will soon take up residence in their new home in the 11,400-acre master-planned community of Bridgeland, located in Cypress.

Construction on the home of U.S. Army Staff Sergeant Stephen Netzley started Feb. 23 — it is part of Operation FINALLY HOME, a nonprofit organization that builds homes for veterans. Representatives of the Howard Hughes Corporation, which is developing the community of Bridgeland, attended the groundbreaking, along with participants from Perry Homes, Houston Texans and Greater Houston Builders Association (GHBA).

While serving in Afghanistan on a mission to escort Afghan soldiers, Netzley’s convoy was ambushed. Insurgents killed 18 Afghan soldiers and injured several American soldiers in the attack. His lower back was injured and the memory of preparing bodies of the lost soldiers contributed to his post-traumatic stress disorder.

Within two years, Netzley’s service-related injuries included lower back pain quickly escalated.The disks in his back got progressively worse and he suffered perpetual, radiating pain in both legs.

For his bravery and service in the U.S. Armed Forces, Netzley was awarded an Army’s Outstanding Volunteer Service Medal, Army Commendation Medal, Combat Action Badge and a Global War on Terrorism (GWOT) Service Medal, among other accolades.

America’s Most Trusted® study: Which homebuilders topped the list for 2022?

New-home construction ramps up in November as demand stays high